This is one of the many good reasons for our use of Barry Callebaut chocolate !!!

Barry Callebaut has published its Action Plan under the Cocoa and Forests Initiative (CFI) Frameworks for Action, thus making “critical progress in implementing its CFI commitments and establishing 100% traceability for its direct cocoa supply chain in Cote d’Ivoire and Ghana”.

In an endeavour to end deforestation in the two largest cocoa producing countries in the world, Cote d’Ivoire and Ghana, they have taken the first step for the implementation of the CFI, to guarantee as a company, that they are not directly sourcing from protected forest areas, which means knowing where their cocoa farmers are located and where they are sourcing from.

Since committing to the initiative, 100% of the farms and warehouses in Barry Callebaut’s direct supply chain at risk of sourcing from protected forest areas, have been mapped. 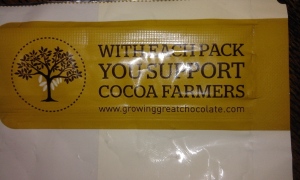 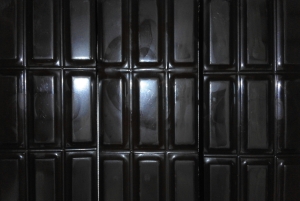 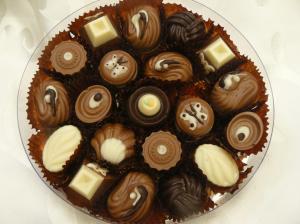 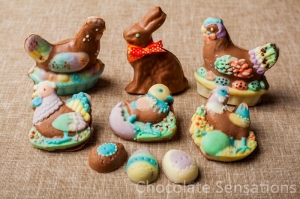 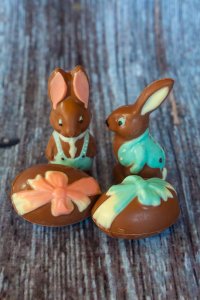 Ruby chocolate is recognized around the world as the food trend for 2019 by research agencies, media and food experts. This fourth type of chocolate has also been awarded for its innovation in the United States and the Middle East. At ISM, at least eleven new brands will be introducing Ruby. Thanks to the ongoing interest since its reveal in Shanghai in 2017, Barry Callebaut, the world’s leading manufacturer of high-quality chocolate and cocoa products, will dedicate its ‘BC Studio’ to Ruby at ISM 2019.

Since its launch, the interest in and praise for this fourth type of chocolate have been overwhelming. We are proud to see that eleven brands will be launching Ruby chocolate this year, and that’s just at ISM.

Barry Callebaut unveiled Ruby in Shanghai in 2017, after more than ten years of development. Since its launch, this new variety has been introduced in Asia Pacific, Europe, the Middle East and South Africa by both consumer and artisanal brands, including Prestat, Baci Perugina, KitKat, Leonidas and Fazer. This new type of chocolate is made using the Ruby bean. A unique processing method by Barry Callebaut unlocks the flavor and color tone that are naturally present in the bean. The taste experience is described as an intense sensorial delight – a tension between berry-fruitiness and luscious smoothness.

Foodbev included Ruby in their ‘Top 5 Most Innovative Products of 2018’. Japanese business magazine Nikkei Trendy included Ruby in its ‘2019 Hit Forecast Best 30’ list. The magazine bases its rankings on sales, impact on the industry, and impact on consumers. In India, lifestyle magazine Harper’s Bazaar featured Ruby on their ‘Bazaar Hotlist: Bucket List’ in the first issue of 2019, and NY Mag added KitKat Ruby to their trend charts. Globally renowned entertainment show Saturday Night Live announced that Ruby is coming to the United States. In Australia, the Internet ‘went wild’ when Nigella Lawson introduced Ruby chocolate on Masterchef, according to Australian radio station Smooth FM. Hollywood also had a taste of Ruby chocolate at the Official Afterparty of the Oscars.
Ruby chocolate is considered as one of the greatest breakthroughs in chocolate in decades by chefs and chocolatiers and received an award for the ‘most innovative supplier’ from the NCA (National Confectioners Associations) in the US. In the Middle East, Callebaut Ruby RB1 was awarded the prize for ‘the most innovative food ingredient’ at the Gulfood Manufacturing Industry Excellence Awards 2018. In Denmark, KitKat Ruby was selected as ‘Product of the Year’ by global retail chain 7- Eleven.

About Barry Callebaut Group
With annual sales of about CHF 6.9 billion (EUR 6.0 billion / USD 7.1 billion) in the fiscal year 2017/18, the Zurich-based Barry Callebaut Group is the world’s leading manufacturer of high-quality chocolate and cocoa products – from sourcing and processing of cocoa beans to producing the finest chocolates, including chocolate fillings, decorations and compounds. The Group has about 60 production facilities worldwide and employs a diverse and dedicated global workforce of more than 11,500 people. The Barry Callebaut Group serves the entire food industry, from industrial food manufacturers to artisanal and professional users of chocolate, such as chocolatiers, pastry chefs, bakers, hotels, restaurants or caterers. The two global brands catering to the specific needs of these Gourmet customers are Callebaut® and Cacao Barry®. The Barry Callebaut Group is committed to sustainable cocoa production to help ensure the future supply of cocoa and improve the livelihoods of farmers. It supports the Cocoa Horizons Foundation in its goal of creating a sustainable future for cocoa and chocolate.

Need a gift for family and friends, colleagues or corporate events,weddings or celebrations? Orders from customers overseas can be couriered to most places in South Africa. We  transform  gift boxes and hampers into your desired look – to your theme, colours, volume and BUDGET! We fill them with a variety of chocolate delights, chocolate biscuits, … END_OF_DOCUMENT_TOKEN_TO_BE_REPLACED 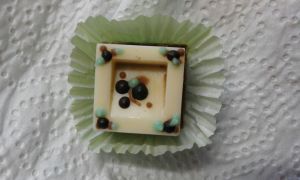 Chocolate Sensations and their delectable Callebaut Belgian chocolate products, will be at the Hospice fundraiser,  Howick TOPS Fine Wine Fair

Chocolate and Almonds – emerging trends Marketing Gurus tell us that emerging trends in the chocolate and confectionery categories reveal that “the role of almonds in high-quality products is significant” and that as much as “74 % of consumers around the world believe that chocolate tastes better with almonds” (Global Perception Report SRG, 2013).   … END_OF_DOCUMENT_TOKEN_TO_BE_REPLACED

Chocolate is truly comforting and indulgent consumers expect the perfect combination of flavor, nutrition, crackle and creaminess!!! This is why Chocolate Sensations Hilton tempers Callebaut Belgian chocolate for use in all our chocolate products, including Sugar-free. Every purchase you make, helps to support cocoa the farmer. The beans used in the manufacture of this chocolate are … END_OF_DOCUMENT_TOKEN_TO_BE_REPLACED

A very happy Diwali to our chocolate Sensations fans! Thank you for your support! Enjoy your Diwali chocolate platters! 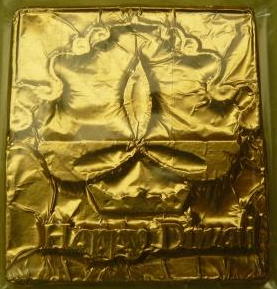 Our Basic Easter Price List is attached, but we customise gifts, so choose your combination and order singles, packets or hampers to your specific liking and we will do our very best for you! Easter Hens and Chicks – R25.00 Easter Eggs with flowers or bumble bees – R25.00 Small box  (3 – 4 large chocolates) – R20.00 … END_OF_DOCUMENT_TOKEN_TO_BE_REPLACED

Chocolate sensations Hilton uses the finest Callebaut chocolate couvertures! Just a few samples from our Easter range. PRICED between R 8 and R 25             Visit the Chocolate Sensations Hilton Stall on Saturday 28 March and buy your Easter chocolates. Buy a single chocolate for yourself if you need to satisfy that chocolate … END_OF_DOCUMENT_TOKEN_TO_BE_REPLACED